Area residents fondly refer to St. Peter Armenian Apostolic Church as “The Church on the Hill.” Members of the congregation take great pride in their house of worship that was consecrated on September 19, 1971.

As is typical of a mid-sized Armenian community, the early beginnings were quite modest and humble. This generation’s grandparents and parents came to the area with little knowledge of the language, culture or customs of their newly adopted country. All they hoped for was freedom from oppression and the opportunity for a better life for their families.

A better and more fulfilling life begins with spiritual renewal and affirmation. And so it began that the local church had its origins in 1899 when a dedicated group of Armenian leaders decided to form a parish despite the fact that there was no priest available to conduct Divine Liturgy. In those early days, church services, when observed, were held at St. Paul Episcopal Church in Troy, thanks to the kind invitation of its vestry.

Original bylaws established annual dues at fifty cents. Visiting clergy were paid anywhere from $7 to $15. One has to remember that these were lean years since the average weekly pay was about $10 and the work week was slightly over 50 hours.

The Armenian resolve to establish its Christian faith took a major step forward in 1913 when it was decided to purchase a church in the Village of Green Island for $2,500. By 1916, the mortgage was paid off. Church membership grew and the official consecration of the Church took place that year. The “Godfather” was Mr. Harootun Santigian who had donated the large sum of $50. He chose the name “St. Peter” for the church.

There were many difficult periods ahead, mostly financial, but slowly they were overcome. As the Armenian community grew still larger, a larger house of worship was needed. In 1927, a Search Committee learned of a Methodist church, built in 1854, that was available in the City of Troy.

The sale of the Green Island church produced $1,500, and so, with a down payment of $10,000, the edifice on Fifth Avenue and Jacob Street was purchased in 1927 for $30,000. The dedication of the congregation, the Parish Council and the Clergy during the next four decades cannot be overemphasized. Their dedication and sacrifices are too many to enumerate. It was their devotion to church and the Armenian community as a whole that laid the foundation for the survival of their language, customs and culture in this area. We owe them our undying gratitude.

During the early 1960’s, the Parish Council and the congregation faced structural problems of the church. Costly repairs were made and consideration was given to purchasing land for a new house of worship.

Through the gracious consent of Mrs. Agnes Wiswall, 45 acres of land was sold to us for the small sum of $12,000. The land in Watervliet, situated on a hill, had a commanding view of the local region. Our pastor at that time was Very Rev. Hmayak Intoyan.

Committees were formed, and over the following years, fund-raising activities of all kinds took place. Long hours were spent over the architectural design. First estimate costs were $350,000 in 1967. With changes in design and other delays, costs rose to $650,000 during the following years. Final costs totalled $750,000 when the new St. Peter Armenian Apostolic Church was consecrated by Archbishop Torkom Manoogian in September of 1971.

Father Garen Gdanian was our priest at the time and he faithfully served us until his retirement in 1989. He now serves as our Pastor Emeritus. Following Fr. Gdanian’s retirement, Father Tateos Abdalian served for four years. He was followed by Father Masis Galstian.

In 1995, Deacon Gregory Doudoukjian came to our community as Deacon-in-Charge of the parish. In February of 1996, he was ordained in our Church as Fr. Stepanos Doudoukjian and had been our young and energetic spiritual leader for twelve years until he began a minsitry with St. Nersess Armenian Seminary. In 2007, Fr. Bedros Kadehjian served as the Parish Priest. He served the parish for two years.

In September of 2010, Fr. Stepanos Doudoukjian returned to St. Peter Armenian Church to begin a second tenure as Parish Priest of the church community. 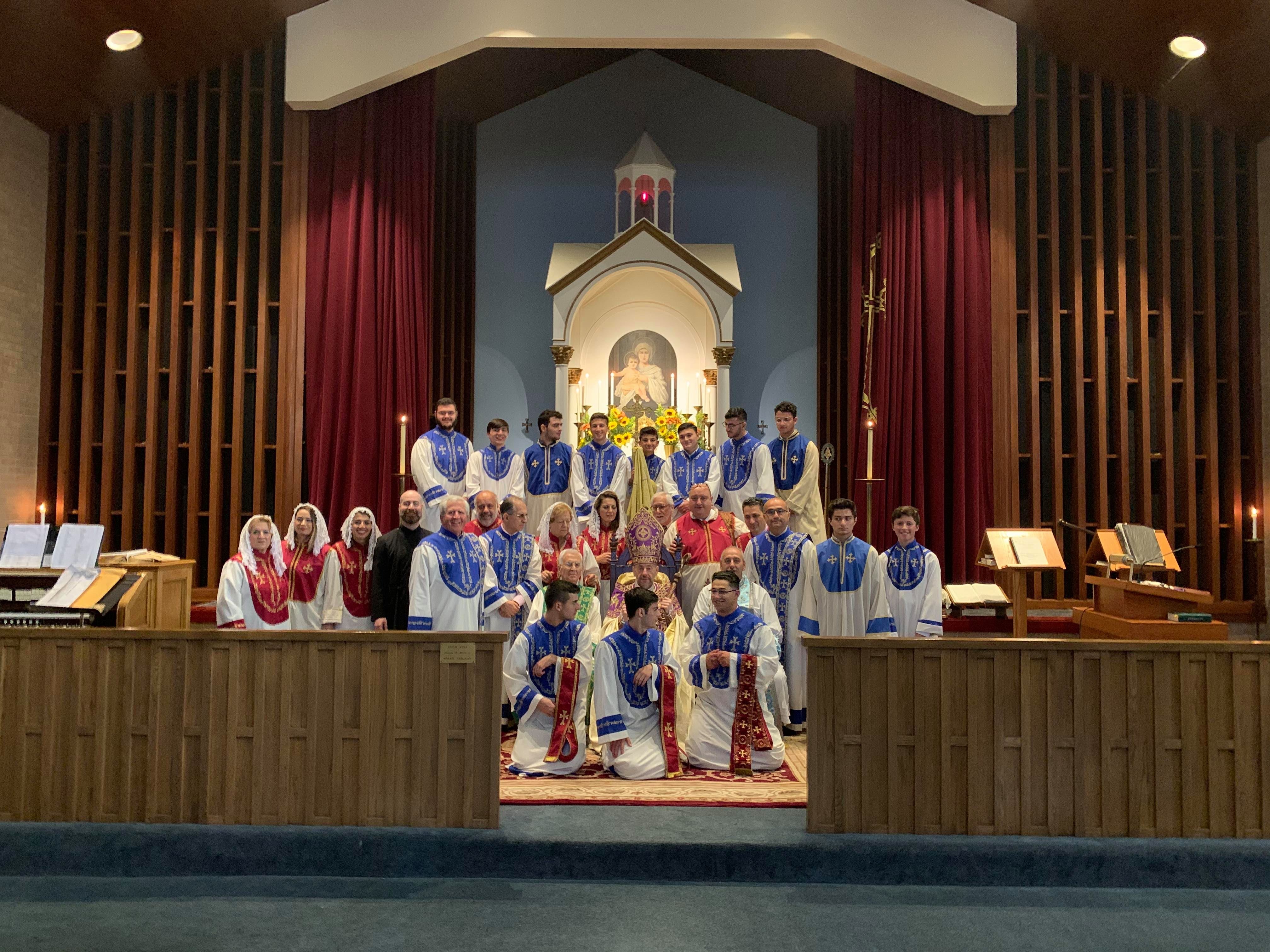 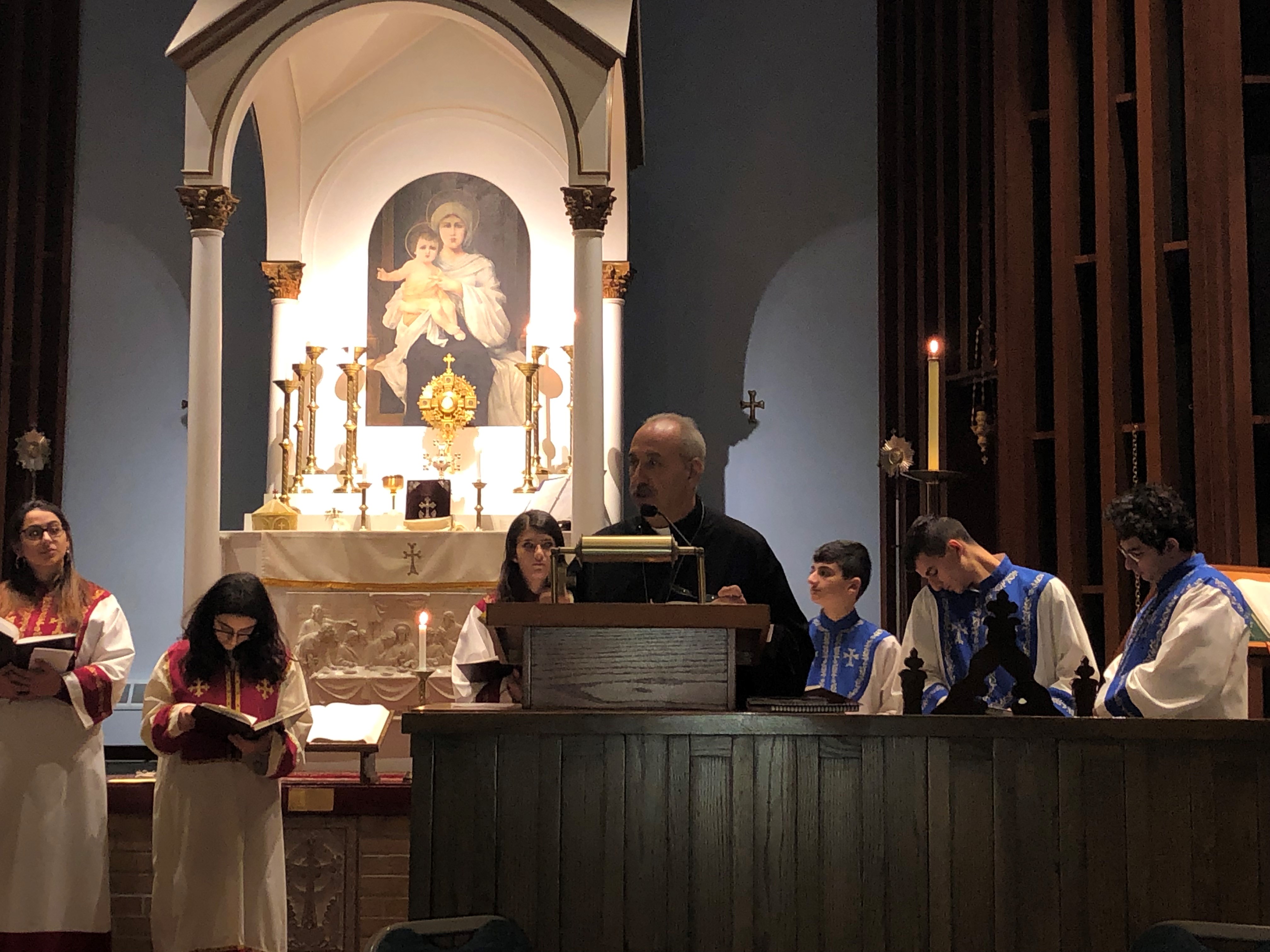